If you. have any questions, nip over to Twitter @AndieHill105 and Instagram, andie.hill, I will try and answer them.
between 6-11 dys old, bees produce “bee milk” or “brood food” this is fed to the young larvae. At 3 days, this is enriched with honey & pollen. The quantity & makeup of the bee milk given to the queen larvae is different. This is referred to as 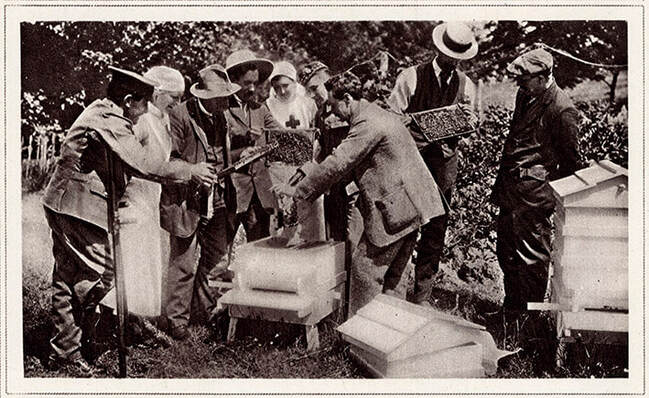 ​After WW1, Lord Eglinton believed that beekeeping would be a viable means of livelihood for disabled servicemen. Here they are being given instruction. Look NO PPE!

​For 100s of years wax has been used to seal our most important documents and letters Ssealing wax is traditionally made from beeswax, resin and pigment. Although recipes have altered over the years today, all Royal seals still contain beeswax.
​Whilst we are all washing our hands, here is a recipe for beeswax hand balm to sooth those tired hands. 2tbls of almond oil, 1tbls of argon oil, 1tbls of grated beeswax. 5drops of lavender oil. Melt in basin over boiling water. Adjust ingredients 2 suit.
Did you know that Winston Churchill had hives at his beloved Chartwell during WW2 ?.He was instrumental in securing beekeepers extra sugar to feed hives, even though it was on ration. There are still bees there today
​During WW2, when it became clear that not all the extra rationed sugar allowed to feed bees, was actually reaching them, authorities decided to dye it green. However, this soon stopped when all the honey turned green!
​Due to it’s antiseptic properties honey was used to dress wounds during WW2 to speed the healing process. It was also used until penicillin became widely available in 1945. Today it can be found in some ulcer and burns treatments
Most people know that honey & lemon is soothing for colds, but not many know it is also antibacterial, antiseptic as well as an analgesic . Here is some sage advice for our currant state from WW2 #VEDay 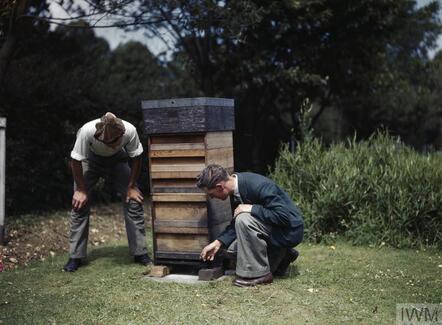 ​As a result of the sugar rationing, beekeeping peaked during WW2 & It’s estimated that there were in excess of 1 mil hives. Clearly no one told this man from the Ministry of information, in his oxford bags, that bees travel up to the dark.

#VEDay75
On VEDay spare thought for all the Mums who had to queue for, and manage on 225g of sugar a week. As it wasn’t rationed there was an abundance of recipes using honey. Here is 1 WW2 honey cake. 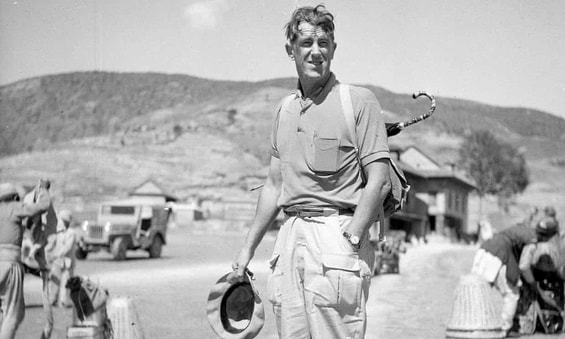 ​Did you know, that Edmund Hillary’s expedition to the summit of Mount Everest was funded by beekeeping? B4 WW2 he joined his father’s beekeeping business in New Zealand. This seasonal nature of the business enabled the funds and the time off.
​ 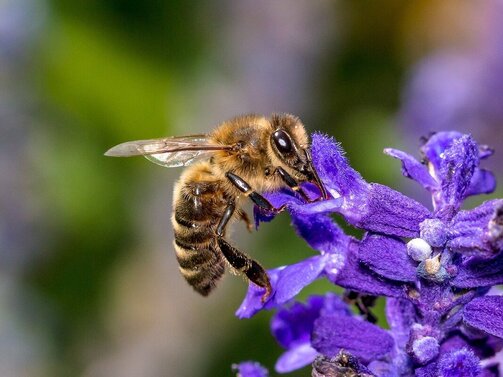 ​Antennae are the noses of the bee, there are approximately 3000 receptor cells on each. honeybees can use their paired antennae to detect accurately the direction of a scent by comparing the intensity perceived by each antenna.
​New queens mate with an acerage of 12-15 drones b4 they return 2 the hive 2 start laying. This genetic mix is reflected throughout the season as the colour and mood of the colony changes every 4-6 weeks as the generations replace.
1 - 2 - 3 - 4